As with everything else, after a bunch of research I settled upon the Slee Off-Road bumper with optional spare tire and ladder mounts.

The package arrived as a freight truck drop-off, was a large, heavy package (~259lbs) on a palette, and basically in the shape it left the factory. Slee Off-Road took a picture of the delivery prior to leaving the warehouse. I took a picture upon arrival. The pictures matched. I was impressed at how the components were shipped. Had I my wits about me, I would have taken a picture of the actual packing. Everything was individually wrapped and taped. The bumper in first, then expanding blow-foam blown around the perimeter to lock it in place and protect it from external blows. Impressed. Then the internal pieces were set on top and around the bumper using very thick pieces of some sort of padding with adhesive. Once these big padding pieces were in place, I doubt anything moved the entire trip. And then the box itself was closed up and itself wrapped in plastic and strapped shut thereby affixing it to the palette as one big unit. The boys that delivered it moved it up the driveway on a palette jack.

There were five things that needed to be removed from the rear bumper assembly prior to attempting the new bumper mount. After removing these things, the new bumper simply slid into place like a well-worn glove without much effort or coordination.

Not knowing how difficult this bumper would be to hold in place, we set two jack stands (with a fat towel for scratch-control) underneath either wing and a floor jack (again, with a fat towel) underneath the rear centerpoint as a matter of safety. Frankly, because of the good design of the bumper itself, after we slid it onto the rear bumper frame assembly, it just sat there making our floor jack and jack stands safety elements only. They really supported no weight. Picking the bumper up and moving it around was a two-man job given the weight and awkward size/design. Otherwise, no issues.

If you have a new vehicle, I suspect the bumper mounting will go free, clear and smooth. If you have an older vehicle like I do, there is some prep-work that I should have done, but didn't think to do. It would have saved time.

Basically, pre-clean all the holes making sure bolts will go where they are supposed to go in advance of mounting the bumper. After that, fit all of the bolts before tightening any of them. It was artful science. I suppose, the older the vehicle, the more art.

Adding the ladder and tire mount were "as-is" simple. Particularly impressive to a friend of mine helping me were the high-end bearings Slee Off-Road uses in both pivots points for ladder and spare time mount. They seem to be high quality which bodes well for aging, weight and extensive use. Just follow the directions and this all makes sense and works as specified.

Out of everything, the license plate light kit seemed to be made of a brittle plastic that, if over-torqued, would likely just snap off. I was careful to not do such and it mounts cleanly. There is ample wiring length and, though I've not yet done it, I expect wiring it in will be a simple as well.

I'm pleased with this $2600 purchase (all in). This is solid, well-engineered, bumper solution with details on it that can only come from people who have first-hand experience. 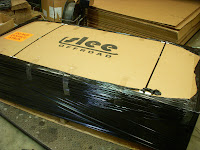 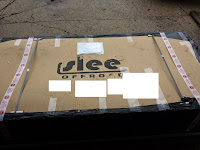 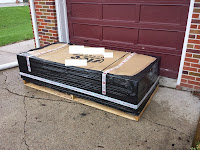 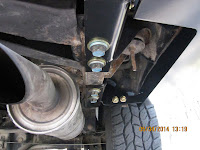 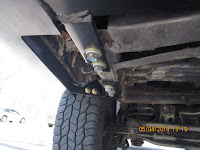 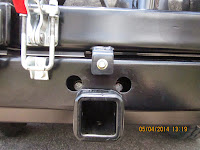 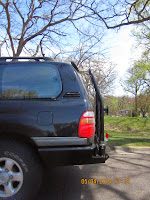 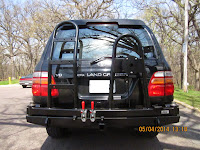 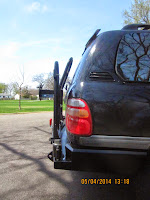 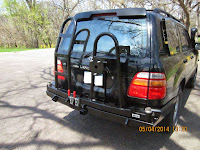 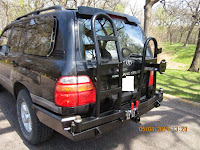 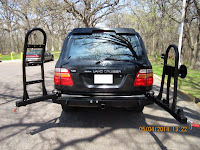 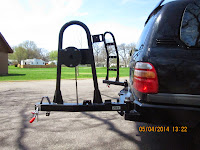 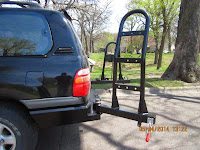 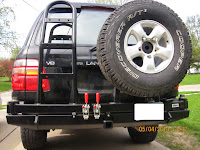