Since I purchased the vehicle in December 2013, I hadn't had the opportunity to really study the vehicle out in the sun without being beaten by the winter winds, snow, etc. Whatever I would find wouldn't bother me because I knew this was the vehicle I wanted to have, build upon, evolve and use for overlanding. In the first nice days of Spring 2014 I took off the front mud flaps and sidesteps. And after giving the truck a thorough review, I found rust in a number of places that simply couldn't be ignored if I wanted to build upon this frame (actually, it could be ignored, but I'd be thinking about it every night whilst laying in bed staring at the ceiling).

So, off to the body shop we went. Things I had done at the shop included:

In order to fix the rust above the windscreen, the body shop guys told me there was a possibility the windscreen could break on extraction. So we included the cost of a new windscreen in the estimate. They were able to extract and fix it without a problem. Much to the chagrin of the body shop team, they cracked the windscreen when putting it back in. A pure accident. They were apologetic. I wasn't upset. Let's get real. Modifying anything other than a new vehicle comes with challenges and you have to know this before you start spending money. We scheduled to have the windscreen replaced in the coming week since I wanted to take the vehicle and get the rear bumper installed over the weekend.

By request, these guys mixed up a batch of touch-up paint for me so I could touch up here and there on things that could potentially be rust incubators. I expect the truck to get scratched up and so forth; no reason to be neglectful on glaring risks and deficiencies to the body along the journey.

After I got it home, I had expected the body shop guys to clean up the front and rear bumper mounts, but realized I failed to communicate it. All on me. So I took a Dewalt drill, a rust removing automotive brush from Wal-Mart and removed all the rust from the front and back bumper mounts, top, bottom, sides and edges (down to the bare metal in some cases). Safety glasses were very important here. Then I applied three coats of quick-dry Rustoleum dark gray body primer to them just to clean it up and help secure it for the next twenty or so years of weather exposure and such. It is just plain more work; however, I know from experience in other things that what you ignore today comes back in spades later. I don't like spades.

All in all, the body shop guys had the truck from Monday morning at 0830h to the following Saturday at 1130h and the cost was about $1540.00 and some change. We estimated that the Line-X added about 35lbs of body weight to the vehicle, though that is an unscientific guess based upon the other Line-X work these guys had performed for other people on different vehicles. 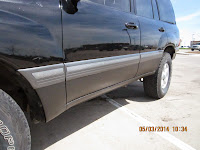 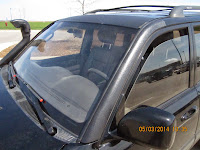 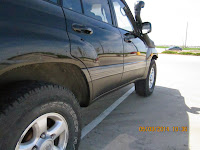 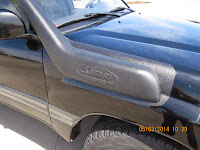 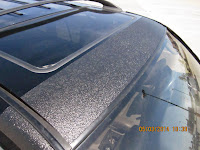 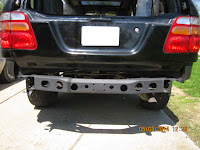 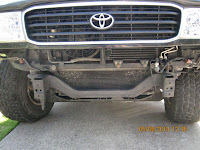 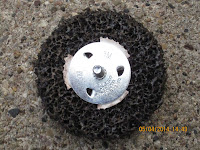 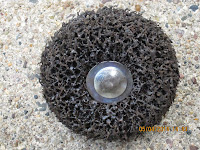